Lila Downs comes to Texas; San Antonio for one show and Austin for SXSW Music Festival for two shows 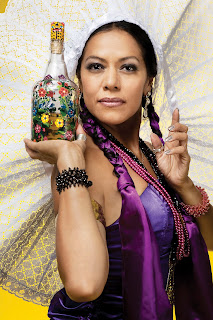 March 11th in San Antonio, TX at Trinity University in the Laurie Auditorium

Pecados y Milagros, released January 31, 2012, was recorded in Mexico and New York and is a collection of 14 tracks, six of them originals that Downs co-wrote with Paul Cohen, her husband, producer, and musical collaborator. The remaining songs are re-workings of classic songs from famed Mexican songwriters such as Marco Antonio Solís, Tomás Mendez, and Cuco Sánchez, among others. She also collaborates with a cast of special guests that includes Celso Piña, Colombian vocal legend Totó La Momposina, and Argentina's Illya Kuryaki & The Valderramas.

Downs debuted the project on November 15, 2011 at Carnegie Hall’s Stern Auditorium. She is on a U.S. tour through March of 2012. For more details on the 2012 tour dates visit www.liladowns.com