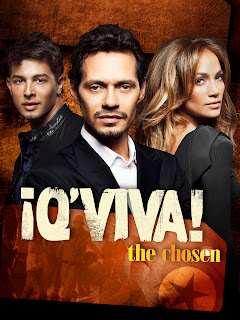 As ¡Q’Viva! The Chosen debuts in English on the Fox network in North America for the first time this month, new figures reveal that over 30 million TV viewers are now watching the show across the Americas.

¡Q’Viva! The Chosen is made in three languages, it is shown in twenty one countries, and it has now become one of the biggest new international TV shows of 2012. Spanish-speaking fans were the first to fall in love with the show as ¡Q’Viva! The Chosen became #1 on #2 in its timeslot across all networks in Puerto Rico, Peru, Uruguay, the Dominican Republic, Colombia and Brazil, while delivering audience share of 35% in Uruguay, 33% in Colombia and 22% in Ecuador. In Puerto Rico, ¡Q’Viva! The Chosen increased Saturday night viewership by a spectacular 60%, and in Uruguay by 50% when it opened last month, and additional solid debuts in Venezuela, Chile, Mexico, El Salvador and other countries have added further viewers in the last two weeks and it will continue to grow as other territories sign up to screen the show.


Simon Fuller, comments: “Q’Viva! is one of the first network shows ever to broadcast simultaneously throughout the Americas in three languages. With over 30 million viewers in total already and more than 4 million people watching in the US in both English and Spanish language, this has been an extraordinary experiment. The Q’Viva! story will continue to grow throughout 2012 as more and more countries sign up to broadcast the show.”


"We are thrilled with the overwhelming response from audiences across the entire American continent to this extraordinary celebration of Latin culture,” said Endemol Studios CEO Philippe Maigret. “This is an incredible start for the show, and we are very excited to roll it out globally."


Created by Simon Fuller’s XIX Entertainment, Jennifer Lopez, Marc Anthony, and Jamie King, in collaboration with BlackBerry®, ¡Q’VIVA! THE CHOSEN is a groundbreaking series celebrating Latin culture, music and performance arts. ¡Q’VIVA! THE CHOSEN, also sponsored by American Airlines and Kohl’s, documents the dynamic trio’s journey throughout the Americas in search of the best in Latin culture and discovering artists that will stun the world with their color and originality.


During the course of the series, Jennifer, Marc and Jamie travel throughout the region and witness the most amazing singers, dancers, musicians, and mesmerizing performers that they have found through local grassroots efforts, YouTube (youtube.com/qviva), and Facebook (facebook.com/qvivathechosen).


"The Chosen" artists will make a dream journey to the U.S. for a once in a lifetime opportunity to share their artistic gifts with the world as part of a spectacular live show that will be the greatest celebration of Latin music and performance arts that the world has ever seen.


Exclusive content is available on the ¡Q’VIVA! THE CHOSEN social media pages: