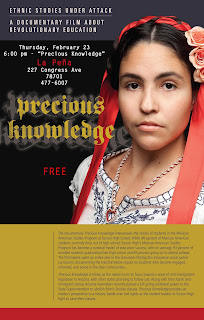 The film had an Arizona premiere in March 2011 and was screened during the Rocky Moutain Woman's Film Festival in November 2011. http://rmwfilmfest.org/films/precious-knowledge