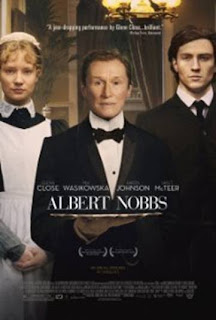 "Since I am working in Luxembourg today, how appropriate to be nominated by the Hollywood Foreign Press Association! How exciting this all is!And how many times can I saw how happy I am to be sharing this wonderful journey with Glenn."

This film screened during the Austin Film Festival in October 2011 and the director, Rodrigo Garcia, was in attendance.